Several days ago I came across this article about fitness trainer Sarah Gaines, who was given the opportunity to stream a workout live on USA Today’s social media account. During the stream, she was bombarded with negative comments about her size. 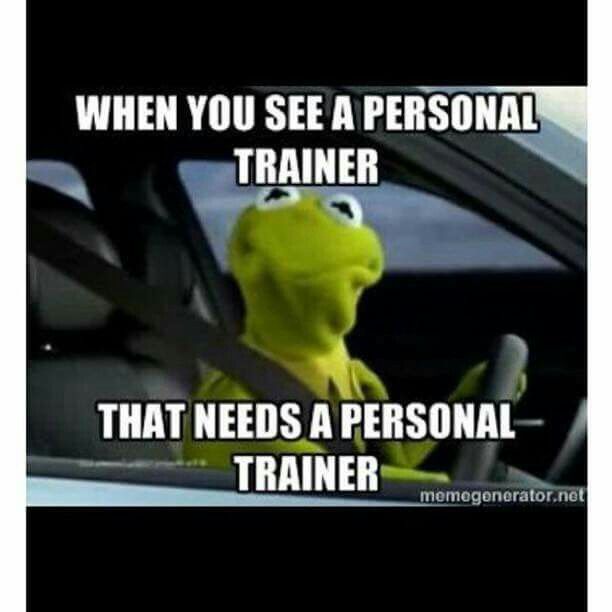 This reaction sparked a conversation about Health At Every Size, or HAES, a body-positive movement that seeks to counteract the preconceived notion that being skinny means being healthy, which is definitely not always the case. HAES promotes positive body image at every size, often through a rejection of dieting.

1,000 times YES to positive body image at every size, in every shape!

But does having positive body image mean abandoning means of improving your health?

I never condone body shaming in any form (no pun intended). Ms. Gaines built a successful business around her own positive body image and her ability to motivate people to lead healthy lifestyles.

And yet, while I’m not proud of it, I, too, found myself questioning her claims that she observes a healthy diet, exercises daily, and promotes a clean lifestyle. I’ve seen several women on social media with the same story, and I question it every time I see it.

I couldn’t agree more with the message that health should be about being happy, active, and loving yourself, but I found myself disagreeing with the concept that you can simultaneously be overweight and healthy.

Is it really possible?

The answer is, yes and no.

HAES is also running under the moniker “fat but fit” in the media. Apparently, medical literature refers to this state as “metabolically healthy obese”.

Generally speaking, excess body fat often leads to metabolic symptoms of high blood pressure, high blood sugar, and elevated cholesterol levels. However, there are many overweight people who don’t exhibit these symptoms. For whatever reason, their blood work is normal. Thus the “metabolically healthy” categorization.

Or, some scientists counter, not so much.

A 12-year study recently published in the European Heart Journal suggests that the risk factors typically associated with obesity are still present, even in overweight patients who are otherwise considered healthy.

Researchers from Imperial College London categorized 520,000 participants across ten European countries as being normal weight (BMI 18.5-24), overweight (BMI 25-29), or obese (BMI 30+). Participants were also identified as being either metabolically healthy or unhealthy.

Over the next twelve years, researchers documented 7,637 incidents (that’s 636 each year!) of CHD, a type of coronary event resulting from too little blood flow reaching the heart, thus causing a heart attack. Their records and analysis revealed that individuals who are overweight but considered metabolically healthy had a 26% higher risk of suffering CHD than those subjects who were metabolically healthy and had a BMI between 18.5 and 24. The risk increased to 28% for those who were “metabolically healthy obese”, with a BMI of 30 or higher.

One of the doctors from Imperial put it succinctly. “If anything, our study shows that people with excess weight who might be classed as ‘healthy’ haven’t yet developed an unhealthy metabolic profile. That comes later in the timeline.”

I liken this to people who smoke. Many of them may not have emphysema or cancer at the present moment, but they aren’t doing anything to help themselves five, ten, or twenty years down the road. Sure, some of them might not suffer any ill consequences (just like there are plenty of overweight people who never have suffered a heart attack), but the odds are not in their favor.

If you’re someone who exercises regularly and eats nutritious foods in the amounts needed to fuel your body, and you’re still not losing weight, make sure you’re being realistic. I came across this inquiry on a forum and was more and more confused until I got to the medical team’s answer, and realized that the 28-year-old woman asking why she wasn’t losing weight was 5’9” and 137lbs. WELL within the healthy weight range for her height.

On the other hand, if your doctor has diagnosed you as overweight or obese, and you still aren’t losing weight with regular exercise and healthy habits, speak to your doctor about other possibilities such as a thyroid condition.

The bottom line is simply to implore you to not be complacent if you are a person who is metabolically healthy but overweight. ABSOLUTELY maintain a positive body image, but don’t ignore your overall HEALTH in doing so. Be proactive about controlling the amount of fat on your body. It isn’t about appearance, it’s about ensuring yourself the healthiest life that you can have. Body shame is not a productive way to encourage this. Self-love with an eye toward the future is.