After a recent car accident left me too sore to lay down at night, I got checked out by a chiropractor for the first time. Over a series of treatment visits we made typical exam room small talk and I asked him why he’d chosen chiropractic as his specialty. His frank and honest answer took me by surprise.

He said he’d originally wanted to be a physician. When he had the opportunity to shadow a primary care physician, what stood out to him was that every patient was leaving with a prescription; they were being treated, but they weren’t actually getting better.

Around the same time, he suffered a back injury. He saw several different specialists seeking to correct his pain issues, but the treatment either didn’t work or it was a temporary (i.e. pharmaceutical) fix.

Until he visited a chiropractor.

He said that the chiropractic treatment was the only thing that helped him. It was a long-term solution that treated the root of the problem, rather than its painful symptoms.

I’ve always been a big fan of this mentality when it comes to fitness and diet. Pill popping and “cool sculpting” only treat the symptoms of the real problem, which is usually lifestyle and mental and emotional preconceptions that lead to behaviors that aren’t conducive to good health.

But I hadn’t considered chiropractic treatment in the same light.

The definition of chiropractic, according to the Association of Chiropractic Colleges, is:

Chiropractic focuses on the relationship between the body’s main structures – the skeleton, the muscles and the nerves – and the patient’s health. Chiropractors believe that health can be improved and preserved by making adjustments to these structures, particularly to the spinal column. They do not prescribe drugs or perform surgical procedures, although they do refer patients for these services if they are medically indicated.

This emphasis on holistic health care goes far beyond back cracking. Still, it may seem far-fetched that correcting your skeletal alignment might help to treat asthma.

Let’s talk about the implications of spinal misalignments first to get a better understanding of how this works. Stripped down to its most basic explanation, it’s actually very simple and obvious. The spinal column and brain comprise the body’s central nervous system. It follows that a healthy spine will generate healthy nerve impulses, while an injured one will not. This is an obvious connection in cases of paralysis, for example, but less obvious in other instances. In the asthma example given above, a spinal misalignment may be damaging nerve impulse conduction to the lungs and airway, causing them to function improperly. 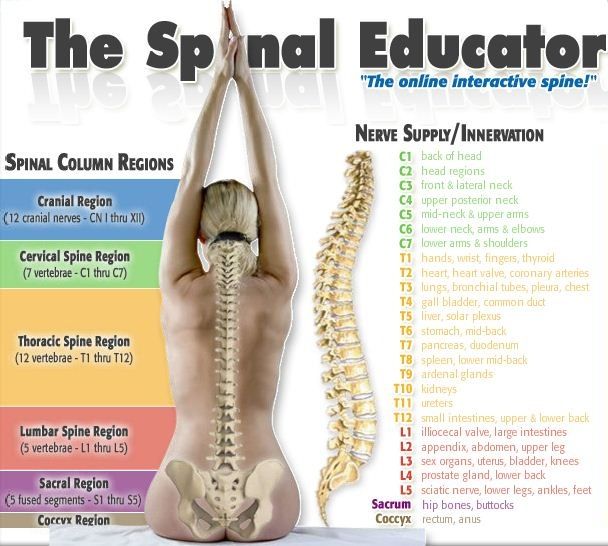 The first ever case of chiropractic treatment in 1895 is reported to have restored a man’s hearing. Significantly more recently, this study cited several more instances in which hearing loss was traced back to a spinal misalignment and restored via chiropractic adjustments.

The more you look into it, the less crazy it seems that your spine really does regulate your internal operating system (from the musculoskeletal and nerve perspective, anyhow). And, by extension, the more plausible it seems that chiropractic treatment could help with organ function, joint pain, and blood pressure.

Think of it the way that we talk about muscular imbalance and improper form during exercise. Muscular imbalance forces the wrong muscles to compensate during a movement. This is exacerbated when you use improper form. For instance, most of us have underactive glutes and hamstrings after having spent eight hours a day for 20+ years in a seated position. So when we perform a movement like a squat that places demands on those muscles, they can’t rise to the challenge. Enter:  The quadriceps. You can still lower and stand to perform the rep, but you’re probably so quad-dominant that your glutes and hamstrings aren’t firing the way they should be. This leads to even stronger quads while your glutes and hamstrings lag behind.

If your spine is out of alignment, there are dozens of things that could lead to. Pain in your knee joints from compensating for the misaligned position of the skeletal system above it; chronic headaches, both tension and migraine; or even indigestion and acid reflux. Nerves in the gut are just as sensitive to impaired nerve pathways as any other organ, and chronic tummy troubles could result.

It’s very important to maintain proper posture. But I always thought that had more to do with preventing a hunched back later in life. The fact that poor posture could be linked to so many other health issues had eluded me until now.

You can experiment with this without running out to a chiropractic appointment. Next time you eat a meal, pay attention to your posture. Are you hunched over with your shoulders rounded forward over your plate? Think about how that is compressing your digestive system and pay attention to how you feel after you’ve eaten. At your next meal, try sitting up straight and see if you have any less indigestion as a result.

I envision a long-standing relationship developing with my new chiropractor. We’ll call that the silver lining to the car accident. :o)